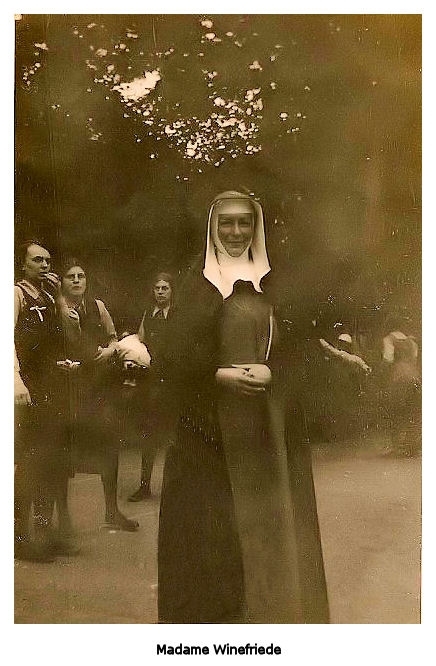 On 2nd August 1869, Coloma Convent Girls’ School was opened by three Sisters of the Congregation of the Daughters of Mary and Joseph (Ladies of Mary).

The Very Reverend Canon Van Crombrugghe, one of the greatest Belgian educationalists of his time, founded the Congregation of the Daughters of Mary and Joseph in Belgium in 1817. A bronze bust of Van Crombrugghe can be found in the school’s Main Hall.  In 1867, at the celebrations commemorating the Golden Jubilee of the foundation of the Institute, it was announced that a convent was to be opened in England.

On 17th June 1869 three nuns arrived to take up residence in a small house, Poplar Villa in Wellesley Road, Croydon. On 2nd August 1869, the school opened with one pupil. Two years later, a larger property was found in Tavistock Road to accommodate the ever-increasing pupil population, and the school was named Coloma.  The name owes its origins to the Spanish Count of Santa Coloma, former owner of the Daughters of Mary and Joseph’s property in Malines in Belgium, which is named after his estate in Spain.

In July 1965, Coloma moved from Tavistock Road to the site in Shirley, and in 1978 became a Voluntary Aided Roman Catholic Comprehensive School for Girls from 11-18 years of age. In April 1994, Coloma gained Grant Maintained Status. Following Government reforms Coloma once again became a Voluntary Aided Catholic Comprehensive Girls’ School on 1st September 1999. In September 2000, Coloma changed from four-form to five-form entry and opened a new Sixth Form Centre. Today there are 1,050 girls on roll, a new Performing Arts Studio, and a 3G all weather football pitch.  Later this year, a newly refurbish Learning Resource Centre will be opened in the Jubilee Centre.

Throughout its rich history, Coloma has looked at ways to enhance the breadth of opportunities it offers to students and to provide an exceptional education to girls and young women.  We were delighted in July 2019 to reaccredited with World Class School status.  An award that recognises our innovative and forward-thinking approach whilst maintaining standards of world class excellence.

Many things have changed in the school’s 150 year history but Coloma’s core values remain the same; putting Christ at the centre of everything we do.  The school continues to live up to its motto, Laborare est Orare (To work is to pray).

Headteachers through the Ages

Celebrating 150 Years of our History

Coloma celebrated its 150th anniversary in the sunshine on the school field in a beautiful outdoor Mass, led by the Most Reverend Archbishop Peter Smith on July 11th 2019.   It felt very fitting to celebrate the school in situ.  Surrounded by the school, its pupils, governors, staff,  clergy, former pupils, and various guests we were blessed as the sun shone and the community was able to come together to celebrate this very special school.

In his sermon, Archbishop Peter Smith, described the purpose of education as enabling ‘human flourishing’, the importance of living this out spiritually, and recognised that this has always been at the heart of Coloma. We were also honoured as a school to receive the Apostolic Blessing of His Holiness Pope Francis. In his blessing, he unites himself in thanksgiving with the pupils, parents, staff, Headteacher and Governors.

After Mass, guests were invited to visit our newly installed prayer garden; a wonderful, quiet, prayerful and serene area.  Guests and pupils also enjoyed looking around the exhibition a selection photographs and other memorabilia is on display in the Performing Arts Centre; standing as a reminder of the people who have served the school in its 150 years.

Many things have changed in the school’s 150 year history but Coloma’s core values remain the same; putting Christ at the centre of everything we do.  The school continues to live up to its motto, Laborare est Orare  – To work is to pray.